Teaching is based on the ” Italian Bel Canto Method of Singing ” and the student’s voice is developed to it’s full potential. Tuition is given in all periods, areas and levels of the Classical repertoire. Lessons include the development of –

Preparation for all auditions, examinations (HSC, AMEB, Trinity College etc.) , competitions, eisteddfods, performances in Operas, Oratorios, Cantatas, Musicals, Recitals & Concerts. Students are trained individually and are encouraged to foster their craft as a singer and singing in all languages is encouraged. Beginners to advanced professionals all ages and nationalities welcome.

Studio is located in the main shopping precinct of Gladesville in Sydney close to public transport links. For more information please contact – 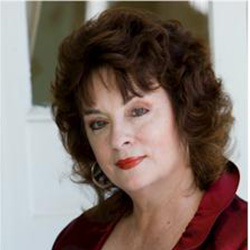 Christine Beasley is one of Australia’s leading Operatic Artists and outstanding all round performer who loves to share her knowledge as a teacher and work with anyone who wants to sing. (From teenage to mature) Technique is a no.1 Priority!! Come sing away the stresses of life.

Christine studied at Melbourne University Faculty of Music and in 1981 at the Manhattan School of Music New York.

In 2001 Miss Beasley performed the role of Turandot for the first time to great acclaim in Christchurch, New Zealand.

“I believe in bringing out the BEST in people and work with all kinds of repertoire from music theatre, contemporary, classical and whatever YOU personally enjoy singing.” Christine Beasley.

Christine performs regularly around Australia, enjoys adjudicating and sharing her knowledge and enthusiasm with young singers. 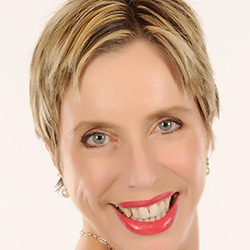 Dr Dunstone teaches singing technique and repertoire from early music to twentieth and twenty-first centuries in song, opera, oratorio and music theatre. Her studio caters for both adult and school age students.

Dr Dunstone has a PhD in music from the University of Newcastle. She is a Lecturer in Music at the Wesley Institute. Dr Dunstone has taught singing since 1984, successfully preparing students for AMEB, HSC and tertiary examinations and auditions. She has also been an adjudicator for Eisteddfods. Dr Dunstone has had work published by Cambridge Scholars Press (London) and in Australian Voice.

Dr Dunstone has performed many principal roles with companies including the State Opera of South Australia and the Australian Opera. Highlights have included the title role in Handel’s Ariodante, Katisha in The Mikado and Ulrica in Un Ballo in Maschera. She has also prepared the role of Penelope in Monteverdi’s Il Ritorno d’Ulisse in Patria for De Nederlandse Opera. Dr Dunstone has made recital broadcasts for the ABC, and sung as a concert and oratorio soloist with ABC orchestras, Adelaide Chamber Orchestra, Christchurch Symphony Orchestra, Adelaide Harmony Choir, and the Sydney Philharmonia Choirs. 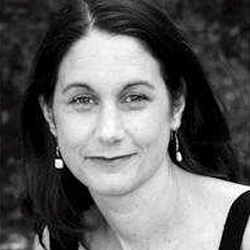 Hi there ! I have a Masters degree in Vocal Performance from the Conservatorium, have sung as a soloist with Opera Queensland, the Queensland Symphony and the Australian Chamber Orchestra. I have also been teaching singing for over fifteen years. The aim of my lessons is for the participants to enjoy singing, learn some vocal technique and fabulous music in a positive and non-threatening environment.

My current teaching studio is made up of enthusiastic amateurs who find regular performance opportunities, both paid and unpaid, in genres from classical and church music through to music theatre, country and western and rock. Past students have gained entrance and scholarships to Brisbane and Sydney Conservatoriums Performance Programs, NIDA’s Music Theatre Program, WAAPA and the Berklee College of Music in Boston, others have gained recording contracts with BMG and Warner.

On a personal note I continue to perform regularly and enjoy developing my love affair with singing through fostering talent in others. I regular judge singing competitions and adjudicate for Eisteddfods.

Studio located at Epping in Sydney 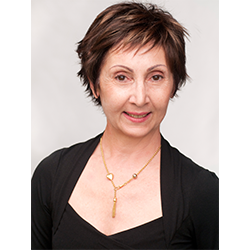 I am an experienced accredited singing teacher with a performance background. I also teach Keyboard / Piano for beginners of any age. Teaching is essentially based on what your goals are. This can include building a healthy technique which encourages the free flow of the voice by releasing tension, to increasing your range and tone development. The fundamentals of music will train / develop your listening skills. We will also experience techniques on how to bring the words of a song to life. Songs can be chosen from most musical styles.

My studio is located in Chiswick 2046, 2 minutes from buses and Rivercat. I am also avilable to travel to your home. 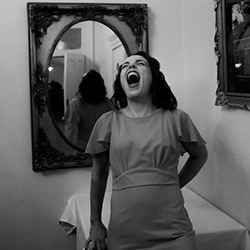 Natalie Claire Woodcock offers private singing lessons to children and adults. She teaches beginners who want to learn the basics, students preparing for HSC / AMEB exams and advanced singers wanting to perfect their technique and prepare for professional work.

The programme is individually designed to cater to each singer’s vocal needs. Students learn how to protect their voice, improve pitch and tone, extend vocal range and develop breath and vocal control. Songs are used that suit each singer’s skill level, vocal type and interests.

Natalie is an experienced professional performer who has a working knowledge of the music industry which is a great asset to her singing students. She also has a wealth of qualifications and experience in music education.

Achievements by Natalie’s singing students include securing roles in professional musicals such as the Sound of Music, successful auditions for professional work such as Cruise Line Entertainer, acceptance into tertiary singing courses such as WAPA, Conservatorium of Music and AIM, finalists in eisteddfods such as McDonald’s Sydney Eisteddfod, Band 6 HSC Music and A+ for AMEB exams.

Natalie has taught vocal techinique for performance speaking (eg drama/public speaking/teachers suffering vocal fatigue). She has also had students with speech impediments who have needed vocal training to improve their lisp or stutter.

Natalie is an experienced classroom teacher with a thorough knowledge of the Music 1, Music 2 and Extension Courses. Tuition can be used to prepare for written, listening and aural exams, musicology viva voce/essays, compositions and performances. Natalie regularly attends teacher training workshops to keep up to date with HSC Music. 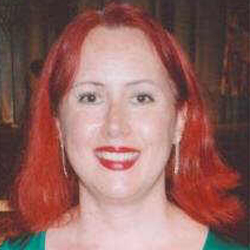 Tara Williams holds a Bachelor of Music Education from the University of New South Wales and a Master of Creative Arts in Music from the University of Newcastle Conservatorium. Whilst completing these degrees she studied Singing with Maree Ryan, Neil Easton, John Germain and Jennifer Barnes and was a finalist in the Opera and Arts Support Groups’ Scholarships competition in what is now the Sydney Eisteddfod.

As a performer Tara has extensive experience in opera, music theatre, cabaret and concert recitals. She has performed in concert with the Sydney Philharmonia Motet Choir, the Sydney Symphony Orchestra and the Sydney Opera House Orchestra and has broadcast for Radio 2MBS-FM. Tara has performed with such notable singers and conductors as Joan Carden, John Germain, Antony Walker, American Isaiah Jackson and Victor Morris of the English National Opera. Tara has also participated in master classes given by Opera Australia’s Sharolyn Kimmorley and French soprano Marie-Therese Driscoll.

Notable performances include Nigel Butterley’s opera Lawrence Hargreaves Flying Alone with the Sydney Philharmonia Motet Choir, the world premier of Katrina Pring’s opera Daphne (as Aphrodite), commissioned for the Newcastle Conservatorium’s Fiftieth Anniversary and the Legends of Opera concerts in Sydney and Melbourne. She has toured nationally with the Sydney Latvian Theatre Company’s production Kabaret de Riga and, most recently, was guest soloist at the Adelaide Lithuanian Cultural Festival.

As a conductor and music educator Tara has conducted the Australian Girls’ Choir, the City of Sydney Singers and the Beethoven Society of Australia. She has tutored in Voice at the University of Western Sydney as well as at a number of leading Sydney private schools. Prior to relocating to northern NSW in 2012 Tara ran a busy music studio in Sydney where she taught Singing, Piano and Music Theory. Tara’s students have been awarded music scholarships at various Sydney private schools as well as being accepted into such selective organisations as the Sydney Conservatorium of Music, Sydney Children’s Choir, Gondwana Voices, Pacific Opera and Opera Australia Children’s Chorus. Many of her students have gone on to study Music at a tertiary level.

Tara has served on the committee of the Inner West Eisteddfod and was convenor of the Piano section from 2002 – 2008.

Since moving to the Tweed Coast Tara has devoted herself to raising her family and becoming active in her local community.

Lisa Russell has had a substantial operatic career since 1995. She is the winner of many awards and was a finalist in the Cardiff Singer Of The World Competition. A professional Opera Singer since 1995 Lisa has sung for Opera Australia, The Victorian State Opera and Opera Queensland: Roles include : Mimi – La Boheme. Suor Angelica. Nedda – Pagliacci. Micaela- Carmen. Donna Elvira- Don Giovanni. Leila – Les Pecheurs Des Perles and Tosca. She has made numerous appearances with the Sydney Symphony, Melbourne Symphony, Tasmanian Symphony, Canberra Symphony and recently the HongKong Symphony and Macau Symphony Orchestras.

Lisa has two teaching studios in Rosebery and Arncliffe. She can work with classical, opera, modern or theatre singers. She can prepare you for AMEB, Trinity, HSC and auditions or just help you discover your voice and a love of music.

Her focus is on a robust, healthy technique, the body/breath connection and performance psychology. Beginners welcome. 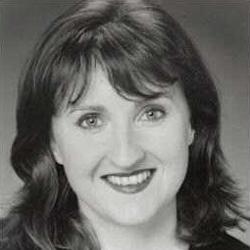 Leonie graduated with distinction from the Opera School at the Sydney Conservatorium of Music in 1996 before going on to postgraduate study and a Master of Performance (Voice) in 1999. In 2001, she joined the 4 piece musical group, Sounds Baroque, and performed the opera “Prospero’s Island” for the Musica Viva in Schools Programme with over 300 shows for primary school students throughout NSW. She has also performed with the Opera Australia chorus on several occasions in productions such as Sweeney Todd, Iolanthe, Le Nozze di Figaro, Andrea Chenier, and L’Elisir d’Amore.

The vocal teachers of most influence to Leonie include Anthea Moller, Maree Ryan and Paula Clarkestone. Though her background is in Opera and the classical genre she has worked with students for over 13 years on repertoire of varying styles including Early Italian Song, Contemporary Pop Repertoire, Jazz, Lieder and Music Theatre. She has successfully prepared students for AMEB, IB and HSC programmes as well as for eisteddfods and choral auditions. Leonie has been on the music staff at Roseville College since 2010 and previous to this taught singing at Wenona for 10 years. She is also lucky enough to be mother to three beautiful children. 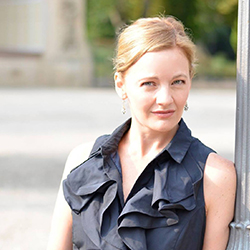 Kylie Bailey graduated from the Sydney Conservatorium with a Bachelor of Music and Diploma of Opera. In 2005 & 2006 Kylie was selected as a member of Opera Queensland’s Young Artist Program. Kylie performed the role of Hansel in Hansel and Gretel, Flora in Opera Queensland’s La Traviata and understudiedthe roles of Cherubino, Stephano, Orlofsky and Alisa. Kylie then performed the role of Meg in Australia’s premier production of Little Women for the State Opera of South Australia. Kylie travelled to Europe in 2007 and managed to secure a Fest position in the Chorus of Wiesbaden’s Hessisches Staatstheater, Germany, where she has continued to perform until August 2017. Kylie performed as an Alto 1 in over 46 Opera’s in the ensemble and has sung solo roles in Lohengrin, La Boheme, Le Nozze di Fiagro and in Kurt Weill’s Mahagonny. Since returning to Australia in September 2017, Kylie has been contracted to work with the Opera Australia Chorus in their upcoming productions of La Boheme and Aida(2018).

Kylie is a also a passionate educator for the voice having experience in Classical Music, Music Theater, Contemporary and Jazz. Kylie became a team leader for the “Moving Opera” Education program, exposing and educating remote schools throughout Queensland of Classical and Musical Theater. Kylie has taught for many years as a vocal coach and choir conductor at numerous schools throughout Australia including SCEGGS Darlinghurst, Monte Sant’ Angelo and Redlands and continues to be an inspiration to the next generation of music enthusiasts.